Whose Story is Worth Telling?

Addressing the misconception that only extraordinary people and experiences are worth writing about.

Christopher Hitchens is famously quoted as saying “Everyone has a book in them and that, in most cases, is where it should stay.” The sentiment behind that statement rests upon the assumption that an ordinary person’s life is of little interest to anyone but himself or herself.

When we think of those who merit memorialization, certain names come to mind: Nelson Mandela, Ernest Hemingway, Benjamin Franklin, Hellen Keller, and Steve Jobs. They and renowned others are—or were—some of the world’s most influential, inspiring people. Most are men. Some rose to greatness through their own ambition and others had greatness thrust upon them.

Society at large holds extraordinary lives worthy of commemoration. But what about those of us who live ordinary lives? Do our mundane struggles and small achievements deserve to be memorialized beyond the memories of our immediate friends and families? Can we be sources for grand ideas and influential stories?

In truth, we find inspiration from examples near and dear to us, from those who have endured and triumphed over hardships like ours.

Exalted luminaries may cast a wide spectrum of light, but the beams that illuminate our ambitions, opinions, and endeavors hail from more accessible sources. In other words, we admire the stars, but we don’t look to the stars for light. Instead, we use the much closer moon or, better yet, a candle or lamp to light our way and dispel the darkness.

When the darkness refers to societal unrest, larger than life figures serve as rallying points. Their impact spreads far and wide, but not necessarily deep.

Speaking about the tumult of the Congo, Elrha’s blog makes a statement that resonates with the rest of us:

“Everyone has a story that deserves to be heard. … [T]hese stories can get lost in the distortion and the collective trauma.” When circumstances overwhelm, our focus narrows to necessity: what must we do to survive? Examples which are close, rather than inaccessibly far, validate us.

From small examples we take courage. These small examples, often shared through narrowly focused stories, give us ordinary folks the comfort of similarity. Most of us will not, as Malala Yousafzai, be shot for attending school; however, a youngster suffering from brittle bone syndrome can draw inspiration from another victim of the disease, a victim like Nathan.

Upon listening to Nathan’s story, Courtney Carver writes: “I figured the best way I could help Dallas share the stories of 50 critically ill children, was to share his story and the Red Fred Project with you.” Carver believes that these children’s stories can not only be used to build awareness and community, but also serve as fundraising tools with each short-lived child’s book becoming an enduring legacy of “fostering hope.”

Small lives inspire big stories. A self-professed nerd, Muslim writer Amaliah states that the superhero comics of Western society arose from men using them to explore their power-fantasies, basically men using fiction to get in their punches when they couldn’t do so in reality. These characters, built from the imaginations of powerless men, tackle and conquer the world’s worst injustices.

These superheroes exhibit superiority in every way and, in large part, populate a homogeneous group in which those living outside the common narrative now begin to find solidarity in similarity. Amaliah recounts the appearance of Ms. Marvel in 2014: Kamala Khan, a Pakistani-American teenager written as a person rather than as an ethnic token checking off the diversity box. Ten-year-old girls, she says, can now see themselves in these stories with their universal themes of good triumphing over evil.

Stories of small lives may spark larger movements. No person’s life is much smaller or more insignificant than a slave’s. Harriet Beecher Stowe’s 1852 fictional biography of a slave named Tom caught popular attention and added tremendous impetus to the abolitionist movement. At a time when a married woman had no legal identity apart from her husband’s, a woman of no legal consequence wrote a compassionate fiction that portrayed the evil of slavery as no one before had and in a manner that engaged emotion and harnessed moral outrage.

Dale Carnegie said, “A person’s name is to him or her the sweetest and most important sound in any language.”

In short, we value our lives most, and most of us are merely ordinary. Louisa May Alcott gained fame and fortune from Little Women (1868), a long story about the small lives of four ordinary sisters. Although the subject matter of the story generates little interest; the characters’ personalities rise above the mundane to capture the audience’s attention. Alcott’s most famous story of small lives continues to entertain and teach more than a century later because we ordinary people can relate to those characters.

Few achieve extraordinary destinies, but those few do not serve as the sole source of inspiration or solidarity. That to which we can relate delivers the most profound impact upon those of us who live ordinary lives, because that’s where we recognize ourselves.

Karen M. Smith has been writing since she could hold a pencil and learned the alphabet. As an author, she writes fiction and has published over 20 books under the pseudonym Holly Bargo since 2014. Her career spans over three decades of professional writing and editing: proposals, brochures, event programs, advertisements, manuals, newsletters, blogs, etc. Karen currently works full-time as a freelance writer and editor and works in diverse genres with a variety of topics. She lives in southwest Ohio with her husband and a menagerie of four-legged critters. They have one surviving son currently serving in the US military. 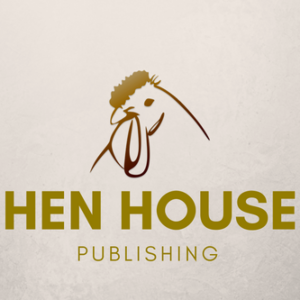 Karen M. Smith has been writing since she could hold a pencil and learned the alphabet. As an author, she writes fiction and has published over 20 books under the pseudonym Holly Bargo since 2014. Her career spans over three decades of professional writing and editing: proposals, brochures, event programs, advertisements, manuals, newsletters, blogs, etc. Karen currently works full-time as a freelance writer and editor and works in diverse genres with a variety of topics. She lives in southwest Ohio with her husband and a menagerie of four-legged critters. They have one surviving son currently serving in the US military.