On April 7, when New York was at the epicenter of the Coronavirus pandemic, nobody wanted to talk about infertility.

But I had one other problem: On April 7, my new book, part memoir, part self-help, was published: The Trying Game, Get Through Pregnancy and Get Pregnant Without Losing Your Mind.

See, from about March 15 on, I was meant to be placing pieces only about infertility. I was supposed to be selling op-eds, think pieces, features, essays and listicles all about different aspects of the journey.

Except, well, Corona. On March 15 — Beware the Ides of March — the city shut down.

And there was only one story. Corona. Every op-ed, every essay, every feature, and every section of the newspaper (even food!) was devoted to Corona, or its offshoot, how President Trump was handling Corona.

What was an infertility writer to do?

Most of us freelance writers — with or without a book release — found ourselves up a creek when the pandemic hit.  We are not usually news reporters, focusing on breaking news, politics and its ramifications. We leave that to the full-time newsroom staffers (those that are left, anyway).

The reason we freelance is to explore our own ideas, give our own takes, find interesting characters, mine ideas that no one else is thinking about. We most often write about the topics that interest us or that we encounter, even as a passing fancy.

A few years ago I wrote a reported essay for The Washington Post about whether to put a helmet on my infant to correct her flat head. That’s because I had been thinking about it All. The Time. (To this day it’s one of the pieces I get the most emails about.)

Back in 2010, I think I was one of the first people to write about Glamping “(Camping for Glamorous People”) for BBC Travel. I had actually alighted upon the idea after a group trip to Death Valley (for a different article) in which I was too cold, too grumpy and absconded to a Motel 6 — hardly a glamorous destination but the beginning of an exploration of an idea for me that had yet to become mainstream.

Back then, pre-husband, pre-infertility, pre-kid, I would write about where ever the wind would take me, from arts stories like The Evolution of the Apatow Male to a Reality Show About Long Island Princesses to fitness pieces like Underwater Spinning  and an app to help women do Kegels. Now  I’m not saying that being a generalist was the best freelance strategy financially, but spiritually, it excited me that my only job was to explore my own navel and the world it inhabited and write about it.

Most freelance writers do eventually establish an area of expertise, like I inadvertently did with infertility (at a certain point of my life that was all that was going on near my navel). Whether it’s writing about celebrities, the environment, architecture, or real estate, we find ourselves gathering a virtual rolodex of sources, a litany of studies, and publicists targeting us whether we like it or not.

And being an expert in one topic became particularly problematic back in March.

I decided to reach out to two of my favorite writing coaches/authors for advice about how to freelance during a pandemic.

“Write about what’s happening to you,” says Susan Shapiro, author of The Byline Bible: Get Published in Five Weeks and other books, and who teaches at The New School, as well as offers private workshops called, “Instant Gratification Takes Too Long.”

As far as routine during a pandemic, she says you should stick to a regular schedule as much as possible for work, diet, exercise, teaching or attending class — and don’t cancel your plans based on your mood.

As for writing, she says that since March, she said, students have sold dozens of pieces on being sick, losing jobs and income, being thrown out of dorms, having to move back into their parents’ basements. “Writing is a way to turn your worst experiences into the most beautiful,” she says.

At the beginning of the pandemic I was crazed with fever — not real fever, thank goodness, but writing fever. I even wrote a short book of flash fiction called After Corona: Stories. But at 99 cents on Kindle, it wouldn’t pay the bills. (I’m still waiting for Netflix to call.)

“A few things work in crisis mode,” says David Hochman, a writer who runs Upod Academy, a resource for freelancers.  “Always be around,” he says, quoting these famous rules. “Meaning: be in touch with everyone who’s paid you in the last year or so; lend your services, be helpful and exactly on target with pitches. Enthusiasm is good.”

He points out that “it’s such a dismal moment, especially in media.” And while you don’t need to be “Sadie Sunshine” you should show some energy, surprising people with the effort and angle, something like,  “I’ve spent the last 48 hours researching X and I’m excited to share what I think could be an eye-opening piece….”

Also, he says if you have relationships with editors (something he emphasizes, even in normal times) ask them what they need more of: “You never know what packages are in the works. In fact, ask: ‘are there any packages in the works?’”

And now is the time if you’re a person who brings an underrepresented voice to the mic — BIPOC, LGBTQIAP, disabled, exiled, struggling in some way — SPEAK UP, he says. “Editors at places like The Washington Post and New York Times are eager for your distinct point of view.”

Yes, you need to do the work — researching the publication, coming up with an idea that forwards the conversation, writing only something you can write.

“In many ways there’s no better way to go for your ‘reach’ publications than now,” he says.

On 9/11, I was an editor at a weekly newspaper. I bring this up because while COVID-19 is different than 9/11 (when we thought things couldn’t get any worse!), working as an editor in “crisis mode” as Hochman called it, is relatively similar. First, I needed the immediate stories (as they fit my niche publication). The news. The photos. The eyewitness accounts. Then I needed to suspend all stories not related to the attack. Then I needed to think second, third, fourth week out. What different types of articles, essays and interviews would we need? And when would it be okay for non- 9/11 stories to seep their way into our newspaper?

Of course now, news is 24/7. But as a writer, it can still be good to think like an editor in crisis mode (that is, if you can’t ask the editors what they need). What are the Week One stories? What are the Month Four stories? And how do they relate to your writing specialty?

Back in March I envisioned that all-Corona-all-the-time would dissipate by June. If not the virus itself than at least the nonstop coverage. I imagined stories about emerging from lockdown – how to get in shape after the “COVID-19” pounds, how to talk to people after social isolation, etc. (I didn’t pitch those pieces, I just envisioned them.)

I also imagined I would be able to return to pitching fertility stories.

Well, I was right and I was wrong.

By June, wall-to-wall COVID coverage was opening up — but only for Black Lives Matter. From a media perspective, it was moving from one crisis to another. And rightly so: BLM was a once-in-country’s history moments. But same drill – either you had a story about BLM, Trump or COVID.

I, for one, had decided to put fertility stories on hold. Although women were still clamoring for babies, and clinics were beginning to open back up for treatment, I realized that most publications just were not that into it — unless it was Covid-related.

I realized I was more than just that particular beat. I mean, I had a looong career before infertility. I knew how to do actual reporting, like woman-in-the-streets. I’d written about travel, the arts, business and parenting.

And so I did what many, many people are doing now — not just writers. (My sister makes hats for a living and decided to sew personalized masks instead!) We are adjusting. Adapting. “Pandemic Pivoting” is what Hochman calls career changes in an upcoming article for AARP.

I pivoted to parenting articles. I have mined every inch of my navel.

I wrote a BLM story, how racism was destroying Facebook Moms groups. I wrote about parenting an only child during the pandemic. I wrote about how schools shutting down put working moms into a panic and then, months later, how the pandemic exposed how America Hates Working Moms.

Right now, I’m thinking like an editor and pitching stories about coming out of quarantine (which we in NYC are doing for the moment even though other cities are shutting down) – writing about the beauty of reuniting with grandparents, about creating school pods in anticipation of the next wave, about the joy of all the parenting sh@#$@# I used to hate.

I’m pivoting where my mind leads me….and where editors direct me.

When all is said and done, when we look back on this chapter in history — I like to imagine that because that means it will be over at some point —  and when I review all the stories I have written during this time, I think the crowning glory of my repertoire will be a recent story where I write both about parenting and about infertility, pivoting, yet not pivoting: “Infertility Taught Me Everything I Know About Pandemic Parenting.”

Every freelance writer can pivot – and then pivot back again.

Amy Klein is the author of The Trying Game: Get Through Fertility Treatment And Get Pregnant Without Losing Your Mind. Follow her on Twitter and Instagram. 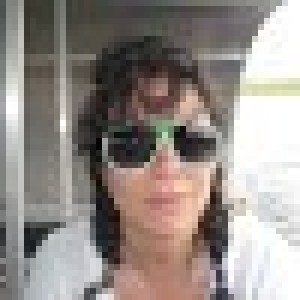 Amy Klein is the author of The Trying Game: Get Through Fertility Treatment And Get Pregnant Without Losing Your Mind.